Proposed route: Strawczyn - Kuźniaki - Hucisko - Niedźwiedź - Oblęgór - Oblęgorek - Bugaj - Chełmce - Promnik - Strawczyn; length: 36 km, red route. It runs from the northern side along the Suchedniów-Oblegór Landscape Park, from the south through the Strawczyn Valley. Most of the route runs along asphalt roads and the rest – along dirt and forest roads.

In Oblęgorek there is an estate called "Resztówka Sienkiewiczowska" and a palace, which was donated by the state to Henryk Sienkiewicz, the first Polish writer to hhave received to Noble Award.

Strawczyn is a birthplace of the greatest eulogist of the beauty of the Świętokrzyskie Mountains, Stefan Żeromski. Just by the road that leads through the village there is a red limestone obelisk memorizing the writer’s birth.

The greatest attraction of Strawczyn commune is OLIMPIC Centre in Strawczynek, which is one of the most modern sports centres in the Świętokrzyskie Voivodship. It includes an indoor swimming pool, football stadium, athletics circuit, training pitches and a tennis court.

The swimming pool offers perfect conditions for active swimming training as well as for a family rest. The wide span of facilities includes:

There is also a fitness and a spinning room.

Palace of the Kraków Bishops

Museum of the Kielce Village

The Museum of Toys and Play

Bałtów Tourist Complex began with the launch of the first dinosaur park in Poland called Jura Park, which was open soon after finding the geological traces of dinosaurs in Bałtów. The first trace was found in 2001 while exploring a folk legend around a stone with w large animal footprint believed to be a devil’s footprint, which turned out to be a trace of an allosaurus. In the same year the traces of two other Jurassic dinosaurs were found, thus helping the place become a tourist attraction. Two local associations came up with an idea to build a park with the reconstructions of dinosaurs. Around the park there have been made other tourist investments. At present the complex stretches on 60 hectares of land and is the greatest entertainment facility in Poland.

The palace was a residence of the reachest magnate families in Poland of the 17ths century - the Tarłos. It was meant to be a copy of the Krakow Bishops Palace in Kielce. Designed by an Italian baroque architect Thomas Poncino. The building works cost the family about 30 villages from their estate. The family owned the palace until 1842, when it was bought by another owner. In 1860 it was destroyed in a fire. Today the palace remains a ruin.

The Paradise Cave is one of the most beautiful karst caves in Poland. It is reach in calcite flowstone form and stalactites in world unique density. It is recognized a nature reserve and a geological site. It can be easily seen without any special equipment as it is lit and adjusted for group sightseeing. The corridors were created by nature during the Devonian. Next to the cave there is the First Neanderthal Centre.

Paradise Cave is located 10 km away from Kielce, on the route to Cracow. 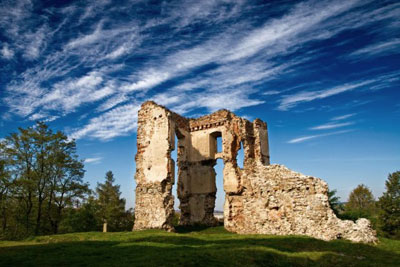 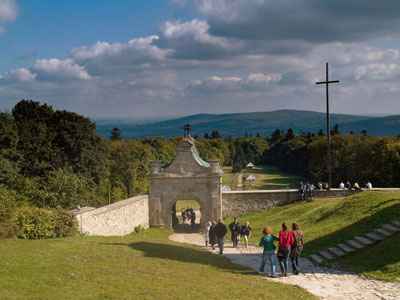 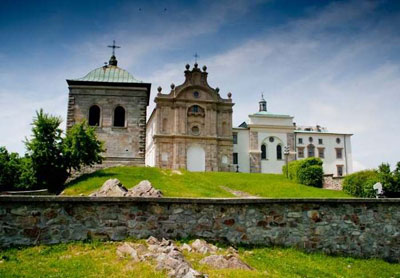 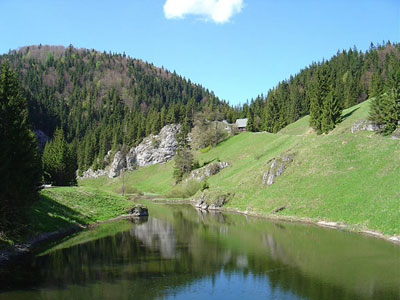 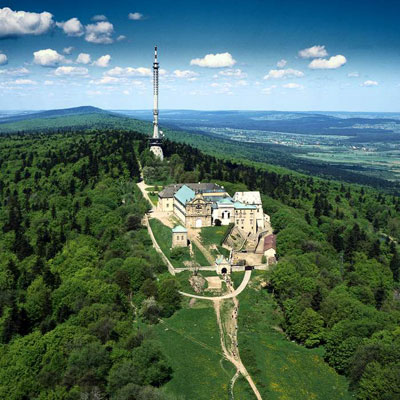 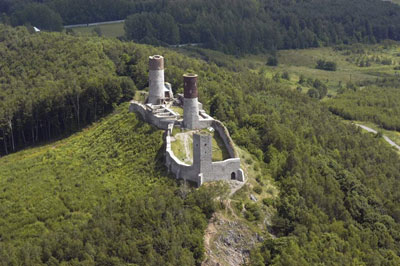 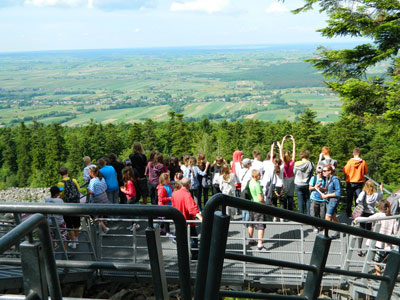